Background
Distributing tree seedlings to the audience is a conceptual starting point for
artworks and workshops held by internationally acclaimed Indonesian theater directors, new media artists and musicians. We offer new directions in environmental artwork as part of a vision of an “Organic Mind.” The concept “organic mind” suggests a mind free from artificial constraints such as desires based on consumerism. We seek to implant youth with the importance of environmentalism and new skills in media, instrument building, and horticulture, as well as ideas about how to create artworks that are environmentally sound, such as found-object sculptures. We nurture children’s innate talents that develop instinctually and in response to nature. END_OF_DOCUMENT_TOKEN_TO_BE_REPLACED

An Exhibition of Paintings ORGANIC MIND

15 April , 2016 : Allowing art lovers a glimpse into the mind of one of the most intriguing Indonesian artists of contemporary times, Nina Saxer curated ORGANIC MINDS encompassing a series of artworks by the famed Mantra Ardhana. The exhibition was inaugurated on April 15 by fashion designer duo Dev r Nil at Range Gallery, 54, Lower Range, Beckbagan, Kolkata 19 and will continue till April 17.
The event was attended by cultural personality Anjum Katyal, German consulate Mr Iversen, socialite Corina Popa, entrepreneur Wu Lyv, Anita and Shreya Kanoi of Living Free. The evening also saw actor Bobby Chakraborty, social worker Urmi Basu and models Nick Rampal and Mohammad Shabbir Baig among others.
Mantra’s art and music reflect a tingly dosage of the ethnic identity of Lombok, which he infuses into the contemporary and ever changing accents of modern life like technological advancement and multiculturalism. The paintings are an abstract amalgamation of vibrant hues paired with stark grays that seem to bring to the fore a heightened sense of emotional turmoil wreaking the human psyche of the neo-postmodern man.

END_OF_DOCUMENT_TOKEN_TO_BE_REPLACED

Jimi Hendrix on the Sixth Canvas

“When I was younger, I learnt those ways. I paid attention and tried to find all those beautiful ways, like Castle Made of Sand, One Rainy Wish and all Hendrix’s cool works, which unfortunately are not as famous as his echo technique, playing-with-teeth technique, etc.”

“Knowledge speaks, but wisdom listens […] Excuse me while I kiss the sky […] I’m the one that has to die when it’s time for me to die, so let me live my life, the way I want to.”

The sixth of his eighteen canvases displayed at Sangkring Art Space, Yogyakarta in the exhibition entitled “Organic Mind” shows the portrait of legendary Jimmy Hendrix, depicting him as – adopting the title of an Indonesian film starred by Rhoma Irama – “Satria Bergitar” “the Guitar Knight”, who was most stunning and influential in the world history of rock music and guitar playing techniques as stated in Steve Vai’s testimony.

Supposed we are fans of Jimi Hendrix, have such testimony convinced us to related ourselves with the leading figure of The Jimi Hendrix Experience?

Let us remember Jimi Hendrix, who was born with name Johnny Allen Hendrix, especially the day when he was desperately waiting for something but it ended in endless silence that cannot be explained. END_OF_DOCUMENT_TOKEN_TO_BE_REPLACED

The terminology “organic” has entered our brains as something that tells us to go back to nature. Many countries and cultures have since long embraced “organic” lifestyles, “organic” foods, “organic” agriculture, “organic” cosmetics and so on. The organic thinking has a strong connection to environmental awareness and health in common.

But there are other aspects of “organic” thinking we have to embrace and understand. The contemporary visual artist Mantra expresses in this collection two important intellects found in humanity: The Natural Intellect and The Acquired Intellect. Natural Intellect is what we do with our instincts, what nature tells us to do and the skills nature gave us. Mantra’s example of Jimmy Hendrix is an outstanding element of natural instinct since Hendrix had never studied music but his natural skill created unique guitar sounds. In other words Hendrix had the “organic mind”. The cultural problem occurring today is that we are drowning in too much acquired intellect spread by consumerism and media such as TV addiction and having to “keep up with the Jonses” syndrome in a materialistic way. The end result being humanity loosing its organic mind concept.

However some ways of acquired intellect goes back to natural intellect such as yoga which was created by humanity in India around 5000 years ago as a form of exercise bringing mind and body together in a spiritual unity. We can therefore state that some unique intellects are both. END_OF_DOCUMENT_TOKEN_TO_BE_REPLACED

‘Organic’ thinking is thinking based on the perception of wholeness of people, relationships, and of the earth itself. It is thinking that seeks to join together and to unify, rather than to break things down into discrete parts. ‘Organic’ thinking looks at life as a series of smaller wholes within larger wholes. It forms the foundation for a life in which nothing is separate. – Julie Redstone, ORGANIC MIND AND BINARY MIND

Mantra is the product of a long line of traditional Balinese who diligently followed the path of art as a life choice. His father was a well known painter named Bapak Pengsong, a famous painter in Bali and Lombok. >From his father’s line, he has a long genealogy that can be traced to the 16th century when the people of the Gelgel and Amlapura Kingdoms, along with troops of soldiers and artists, migrated to West Lombok. >From the Balinese community in Lombok, Mantra took in the nuances of Balinese aesthetics in what tends to be an exclusive group of the Balok (Bali-Lombok) people to carry on his religious and traditional lines. END_OF_DOCUMENT_TOKEN_TO_BE_REPLACED

if six was nine V

On the road to Pat Matheney by Mantra Ardhana

When A leaf had word by Mantra Ardhana

If six was nine VI by Mantra Ardhana

Dance with the Red by Mantra Ardhana 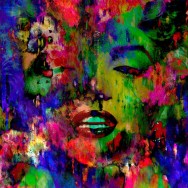 Dream of the angel by Mantra Ardhana

Reading a dream by Mantra Ardhana

A Blind Warrior By Mantra Ardhana

The Lion by Mantra Ardhana

© 2022 MANTRA ARDHANA. ~ Unauthorized use and/or duplication of this material without express and written permission from the artist and/or owner is strictly prohibited. Excerpts and links may be used, provided that full and clear credit is given to [ ART by MANTRA ARDHANA ] and [ www.mantradigital.com ] with appropriate and specific direction to the original content.